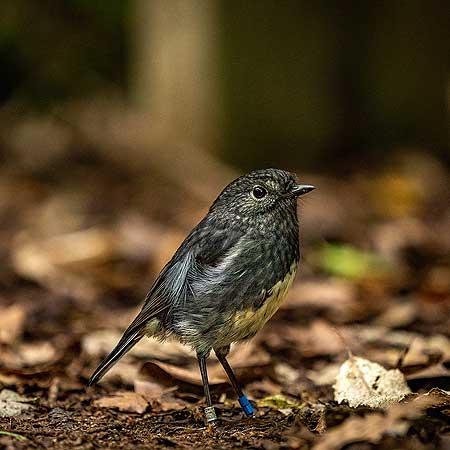 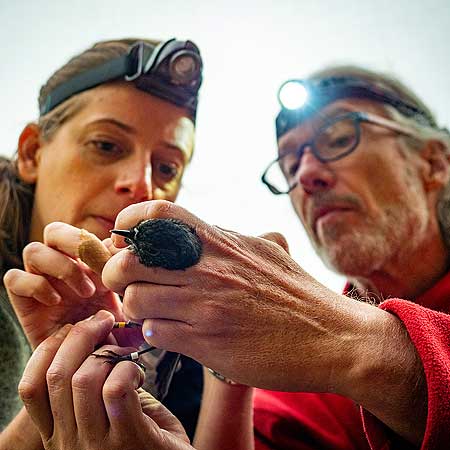 Toutouwai, North Island robin, are locally extinct in most of their original range but thanks to a collective community effort including several Massey University researchers, a successful translocation has taken place to reintroduce the bird in the Manawatū Turitea Reserve.

Professor in Conservation Biology Doug Armstrong, postdoctoral fellows Zoe Stone and Liz Parlato and Massey PhD graduate Kevin Parker led the translocation in late April, which resulted in the capture of 40 robins from Bushy Park Tarapuruhi Forest sanctuary near Whanganui and transportation to the reserve, north of Massey’s Manawatū campus.

The project began five years ago when the Palmerston North City Council and local iwi Rangitāne decided to reintroduce the birds as part of the restoration programme for the Turitea Reserve following the 20-year predator control programme by Daniel Ritchie Contracting. The translocation is a gifting of these taonga Rangitāne from Ngā Rauru, the tangata whenua of Bushy Park Tarapuruhi.

The council contacted Professor Armstrong who suggested the robin as the first species to reintroduce because they are an easy species to catch, and based on previous research are predicted to have a higher chance of survival.

This also coincided with a research project Professor Armstrong and Dr Parker were already undertaking on reintroductions of birds into large landscapes. Since completing his PhD at Massey, Dr Parker has gone on to set up his own business Parker Conservation which specialises in bird translocation.

In collaboration with Landcare Research, they had successfully secured three-years worth of MBIE funding to test ideas associated with reintroducing birds into large areas where predators are being suppressed. The number of these kinds of projects are rapidly growing under the Predator Free 2050 programme. This funding allowed them to bring in the support of postdoctoral fellow Zoe Stone whose project is focusing on the dispersal of the birds and how that affects persistence of reintroduced populations in large areas such as Turitea Reserve.

Professor Armstrong says reintroducing birds into large, connected landscapes is a somewhat new idea for New Zealand, as most reintroductions have been done on offshore islands or mainland sites surrounded by predator-proof fences such as the Bushy Park Tarapuruhi Forest sanctuary near Whanganui.

“At the moment we are gradually scaling up on predator control operations and you end up with large areas of forests where rats and possums are being controlled and then we’re trying to bring in native species that have become locally extinct back into these areas.

“In Turitea, it’s 4000 hectares of predator control area and we are trying to find out if the predator control is intensive enough and the managed area isolated enough so a population of these birds can grow and persist.”

The translocation began by walking through the dense bush at Bushy Park and laying live mealworms inside cage traps to entice the birds. After much patience the team were successful in capturing 40 robins and attaching metal and coloured identification bands to their legs.

Professor Armstrong and Dr Stone then attached a small light-weight transmitter to each bird by hooking a harness onto the bird to assist with tracking in their new home.

Once the birds were successfully released a two-phase project began; Dr Stone will monitor the bird over anine-week period by flying a drone over the reserve and handsearching to track the transmitters. She has been assisted by Janine McIntyre, a primary school teacher undertaking a fellowship under the Royal Society’s Science Teaching Leadership Programme.

Dr Stone says she has been able to locate 39 out of the 40 birds and all are doing well and most have started to pair up.

“Most have been hanging around by the dam making it easier to get to. We’re trying to establish where they’re ending up and we will return in September to see how they are doing and hopefully by then they would have all paired up. So far six or seven pairs are starting to form.”

The second phase will start in September when they start breeding. This phase will give the team a much better idea if the predator control is sufficient because it is the nests and nesting females that are threatened by rats.

Professor Armstrong says student Kara Macdermid will do the breeding season monitoring as part of her Master of Science in Conservation Biology.

Palmerston North City Council’s Senior Climate Change Advisor Adam Jarvis says they are hoping to carry on this research after the breeding season to see how the next generation disperses as well. 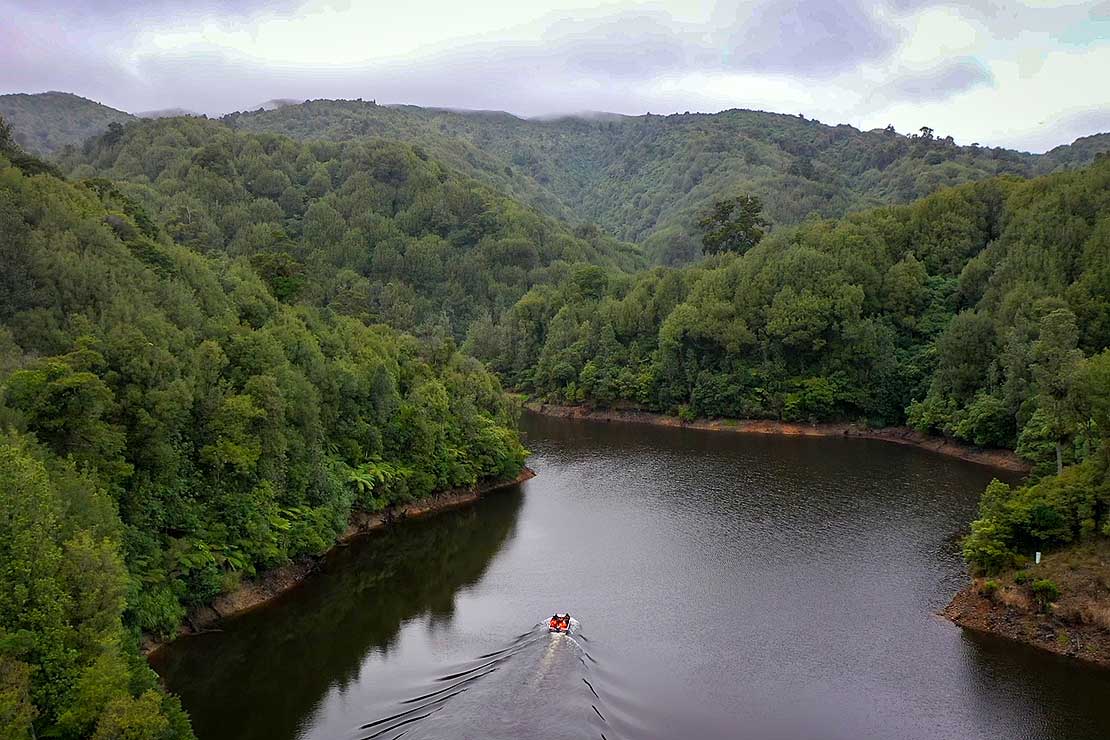 The Turitea Reserve is 4000 hectares of predator control area.