Managing information overload in the time of Trump 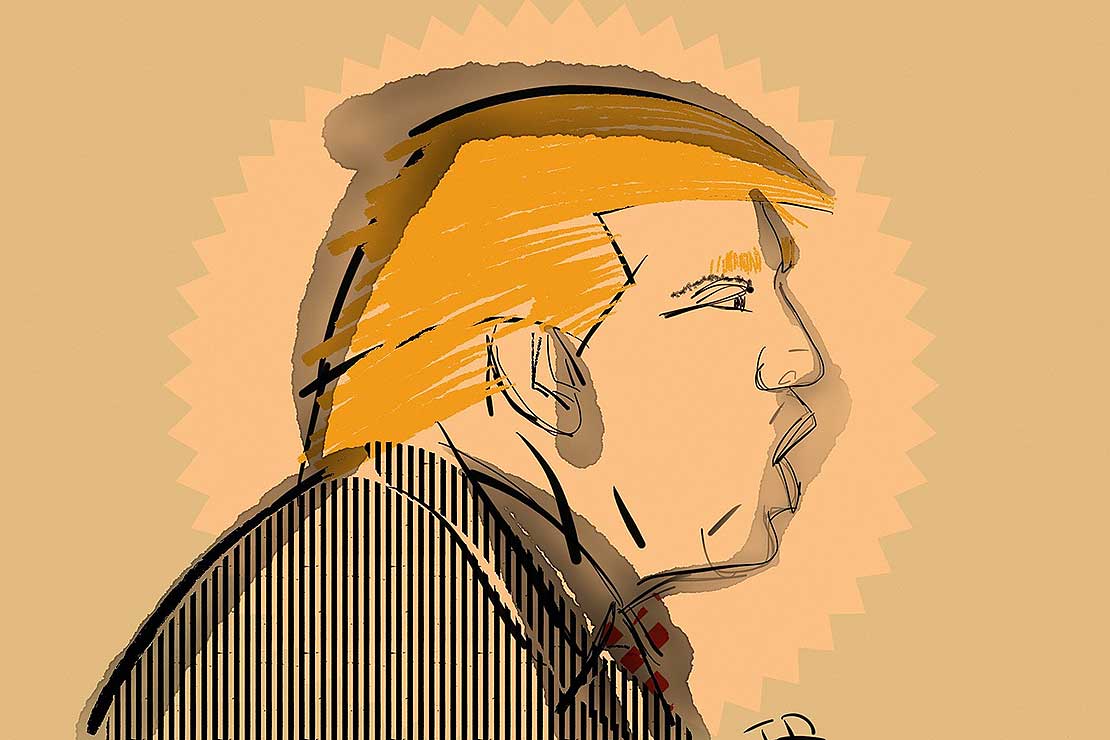 Professor of Technology Management David Pauleen reflects on his twenty-day meditation retreat and how it fostered even a glimpse of compassion for Trump.

Twenty days before the U.S. election, I joined a twenty-day meditation retreat.

No Internet, no phone, no contact with the outside world; no talking, no eye contact, no books, no writing materials; two meals only, at 6:30 am and 11:00 am, and at least ten hours of meditation a day, mostly in our small rooms.

We were to look inside ourselves, see how the mind really works, how it deceives us into thinking the unreal is real.

I am a bit of a news junkie. Although I live in New Zealand, I subscribe to a couple of major US newspapers and a few newsletters from magazines. I am often on my iPad checking the latest news and reading e-mail alerts.

In just the ten days before I went into the retreat, Trump had gotten Covid-19 and claimed he was recovered, attended a rally and looked tired, and gave every indication that if he did not win, all hell would break loose.

The next three weeks before the election promised to be as eventful as they would be unpredictable. I slammed the door on all that. After the attention I had paid to politics over the last twelve months, it was a weird feeling.

I was in the dark…but heading for the light, I hoped.

The retreat was hard work, but ultimately rewarding. Often my mind wandered to home, work and about once a day to Trump. What was he up to, I wondered. As the meditation tended to foster compassion, my usually vitriolic feelings about Trump mellowed…slightly.

I wondered how he would fare if he were in a twenty-day meditation retreat and had to face the machinations of his own mind. It wasn’t a pretty thought, and my sense of compassion for him increased, again slightly.

The retreat ended on November 3, New Zealand time, the day before the election began in the US. I got in the car to drive home. I tarried with the decision to turn on the car radio and listen to the news.

At most, it would be a five-minute hourly news brief from Radio NZ, but any unwelcome information I heard could set off internal ructions threatening twenty days of hard-won peace.

Of course, in the end I succumbed. When I got home, after a hug and a chat with my wife, I snuck off to turn on the iPad. Work email could wait, I was after headlines from today and the last twenty days.

Even after twenty days of intensive meditation, I could not resist the Trumpian information deluge. I diligently followed the election results the next day. As I wrote this the results were not finalized. Naturally, Trump was, and still is, out front audaciously creating the news and threatening mayhem.

Family members in New York may think I have gone soft in the head, but perhaps extending compassion to Trump, and to ourselves, is part of the answer to the stress we have been feeling.

As the overload of information continues in the upcoming weeks, I contemplate reserving space for the thirty-day retreat scheduled for next year.

Hopefully, the run up to it will be less eventful, but I wouldn’t count on it.

David J Pauleen is Professor of Technology Management at Massey University in Auckland. He is the co-author of “Management Decision-making, Analytics and Big Data” (2020) and “Wisdom, Analytics and Wicked Problems: Integral decision making in the data age “(2019) and co-editor of the “The Practical Wisdom in Leadership and Organization Series”(Routledge).