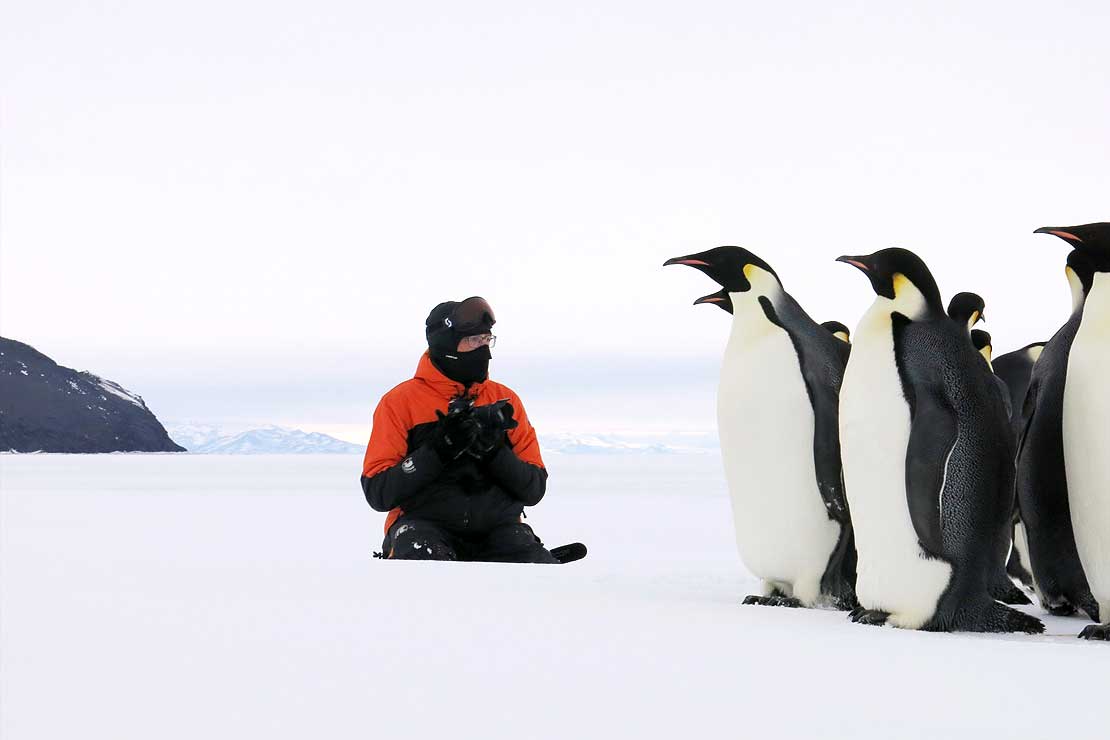 Jason O'Hara at Scott Base, Antarctica. 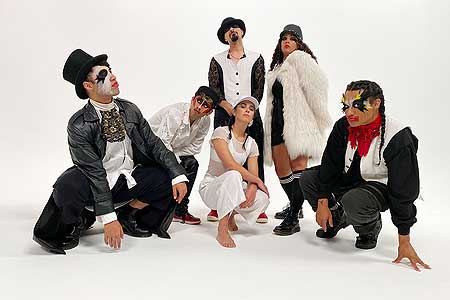 Dancers: Ooshcon, New Zealand School of Dance and off the street 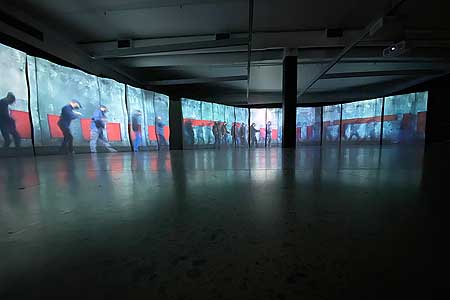 The pre-recorded production is projected onto a 25 metre wall

Massey University senior lecturer Jason O’Hara’s Master’s project has taken him thousands of miles away to Antarctica and now he has brought it home to share with a new audience.

A designer, photographer and video artist at the Wellington School of Design, Mr O’Hara’s Master’s thesis inspired the creation of Where Memories Sleep, an immersive cine-dance production that explores the effects of climate change in Antarctica and is now showing at Porirua’s Pātaka Art + Museum until 11 July.

A collaboration with musician Associate Professor Warren Maxwell of the School of Music and Creative Media Production, Where Memories Sleep is an immersive, multimedia installation that uses storytelling to connect New Zealanders with the scientific world of Antarctica.

Mr O’Hara’s journey to bringing this production to life began in 2016, when he and Dr Maxwell travelled to Scott Base as part of Antarctica New Zealand’s community engagement programme. They stayed for three weeks visiting various science projects, including linking up with Professor Ian Hawes’s team from Waikato University and the Korean Polar Research Institute. There, the team’s divers swum under frozen ice, mapping the sea bed to study the effects on it from climate change.

During this visit they had the opportunity to capture images, sounds and video which Mr O’Hara says “created a fantastic creative resource and validated his Master’s research from a science perspective.”

“My Master’s was around engaging new audiences with Antarctica and the science that happens there. I had this opportunity so I thought how can I build it into a Master’s thesis and build a resource for this audience.”

In 2018, Mr O’Hara was invited to return to Scott Base, this time embedded within Professor Hawes’ science team extensively documenting their work by sending down remote cameras to follow the divers and pitching in with the many manual tasks around the team’s remote campsites, including digging the dive holes in the ice, carrying equipment and managing cameras – regularly in temperatures below -20°c.

The first Where Memories Sleep production in the full-dome at Wellington’s SpacePlace was created around the themes explored in his thesis, using the material he and Dr Maxwell had gathered from their time there.

As a result of the popularity of this first installation, Pātaka invited the pair to make a second version of the production and this time decided to involve a wider team of creatives, many of whom are from Massey University.

“We just love helping young creatives fulfill their goals to the ability to involve them in the project is pretty special,” Mr O’Hara says.

It is this collaboration of mediums that has enabled Mr O’Hara to successfully achieve his goal of creating “stealth” science, by “bringing in a new audience to see a piece of entertainment that is all informed by science. Antarctica is a window to the past and simultaneous a ‘canary in the coal mine’ for the changes happening now.”

The pre-recorded production is projected onto a 25 metre wall that wraps around the audience and tells the narrative of a young explorer who answers the call to venture south, where she discovers an icy realm of exotic creatures, falls in love and is gifted the memories of the world by a powerful kaitiaki. It concludes with her return home leaving her heartbroken love to sing a song of lament so beautiful that it lights the night sky until her return.

Through the performance the audience can hear the sounds of real life seal calls, wind and footprints walking on the ice, they can see videos of divers below the ice and images of mountain ranges and a vast icy landscape.

Mr O’Hara says they gathered some spectacular shots on their travels and they could have turned it into a documentary, “but doing that would only add to the existing pool of other amazing documentaries that science and nature fans would lap up and that’s not the new audience we are after. We’ve taken a trojan horse strategy to attract new audiences by packaging the science as entertainment.”

He says they strategically made it an installation event that an audience would ideally go to watch with others rather than watching alone online. “When you go to a live show you often go with other people, and this gives a great opportunity for them to discuss what is a deliberately metaphoric narrative. Starting a discussion which hopefully acts as a gateway to the science that inspired it.”

He touches on ecophobia, where issues such as climate change seem too overwhelming so people don’t begin to make small changes– so he says creating an installation project can starts to disrupt or counteract this phobia.

“If there are enough projects around [climate change] it helps reinforce a new norm of discussion, so people then realise everyone’s talking about climate change– increasing the chance of changes in behavior. Even if we get one new audience member just a little bit engaged, they’re now primed for the next message they come across. We like to encourage the notion that although nobody can do everything, everyone can do something.”