Home > About Massey > News > Is virtual reality the future of market research?

Is virtual reality the future of market research? 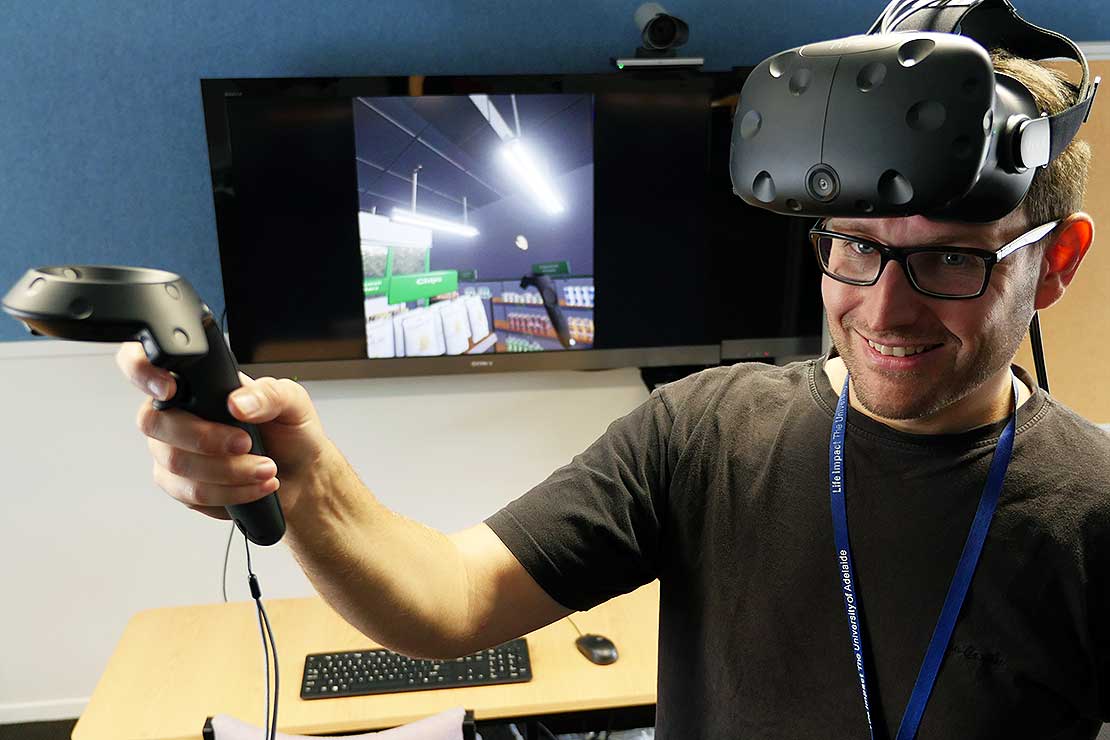 Alexander Schnack and the virtual reality system he developed for his PhD research.

Alexander Schnack started out with a pretty standard marketing topic for his doctoral thesis, but he couldn’t find a reliable way of measuring consumer responses to product packaging. In the process of solving this problem, the Massey University PhD candidate founded a new virtual reality (VR) market research business.

“I found that people would report buying items when, in reality, they didn’t,” Mr Schnack says. “So, I was looking for a different way of observing actual consumer behavior when I came across VR.

“I wondered why no one was using it for market research. I thought the time was right to jump into this VR gap because the first consumer VR headsets were released just as I began working on my PhD.”

He called on a computer programmer friend to help him build a VR system using an existing game engine. His PhD supervisor, Professor Malcolm Wright, saw its potential immediately, which led to the system being licensed by Massey University spinout company Consumer Insights.

Professor Wright, who is a director of Consumer Insights, says the market research company is commercialising the system, allowing New Zealand companies to use VR to test such things as product packaging, store layout and shelf positioning.

“We have already run several successful studies and we are now working with clients both nationally and internationally,” he says. “Our business model scales up nicely, it’s internationally portable, and there are many related VR services that we could launch. So, we hope to give VR shopper research a really strong push, and just see how far we can take it.”

A second study compared consumer behaviour in a virtual store to what has previously been reported in research literature and found the correlations to be reasonably close.

“VR simulations mimic a real shop,” he says. “For example, you have to bend down to pick something up from the bottom shelf, unlike a desktop simulation where you are just clicking on items.

“So, it offers a good trade-off between cost efficiency and realism. It’s much better than rudimentary tools like questionnaires, which are cheap, and a lot less expensive than test market initiatives, which cost millions because they require retailers to reconfigure their stores.”

Mr Schnack believes VR is the future of market research, with major organisations, including Fonterra, beginning to experiment with it, and he hopes Consumer Insights will make VR-based research accessible for smaller firms as well.

“It offers marketers so much flexibility at a reasonable cost – they can test different package designs, changes in price, shelf positioning and labelling, store environment, colours, music and smells. You can also track the path people take through the store with heat maps, and where they spend the most time in terms of shelf positions and product categories.”

Both Mr Schnack and Professor Wright believe that VR will have an impact on online sales in the future as well.

“It will make shopping online an entertainment experience,” Mr Schnack says, “as retailers will be able to offer an immersive retail environment to build their brands.”

The common women’s health problem we don’t talk about