COVID-19 update: All of New Zealand is at Orange. More information. 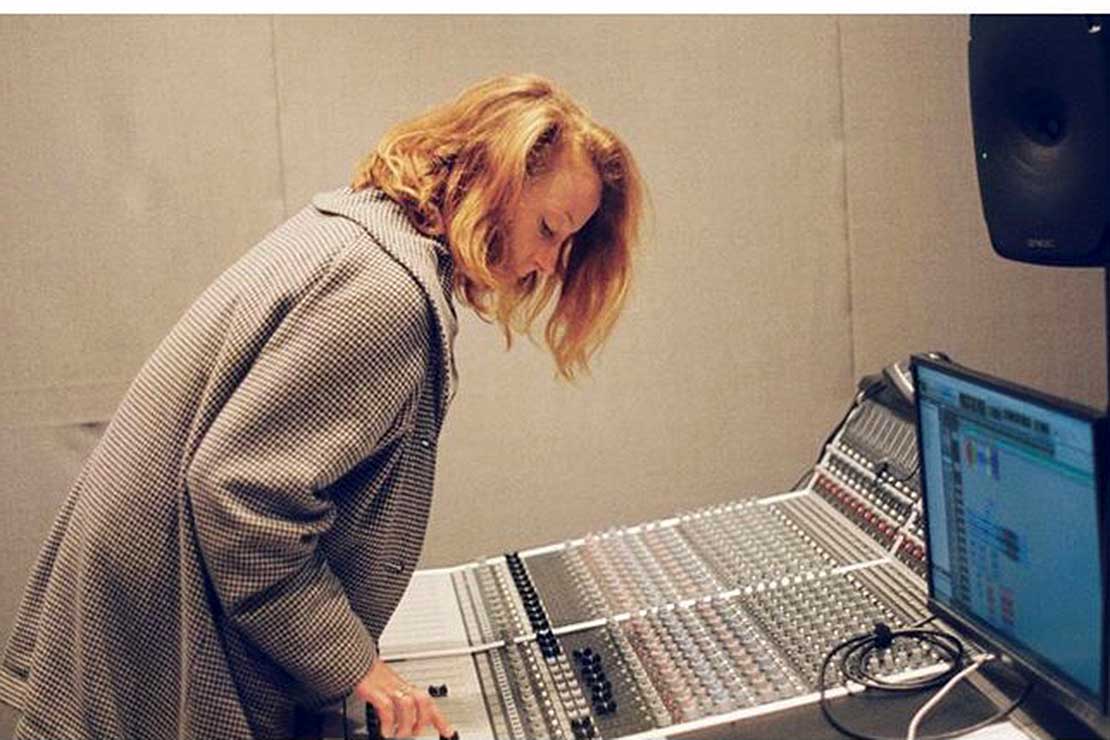 A Massey researcher is embarking on a PhD to explore the experience of female music producers in Aotearoa and come up with solutions to address the gender disparity in the profession, something to highlight on this year’s International Women’s Day.

Anna Edgington, Senior Tutor at the School of Music and Creative Media Production, is a vocalist, artist and producer who performs under the artist name EDIE.

Ms Edgington says despite an increase in accessible and affordable technology, major gender disparity in music production continues to exist. “Gender disparity can be seen throughout the New Zealand music industry, especially in technical roles such as audio engineering and production.”

Her doctorate will examine the issue and investigate ways to achieve more intersectional gender diversity in New Zealand music production, which she says could lead to the creation of music that is more representative of Aotearoa’s population.

Her interest is inspired from her own experiences of sexist stereotyping. She studied voice at university in her home country of England and, “always considered myself a vocalist who, to make a record, would always have to work with a producer or an engineer.”

She says that was the case until 2012 when she picked up the music production software Ableton. “It gave me so much confidence and empowered me in all areas of my music-making life, to feel like I could recreate the sounds in my head without the need for another person, especially a man in this case.”

When Ms Edgington began releasing her own music, she would be asked who produced her songs and she says people were shocked and surprised to hear she had produced her music herself. “Even up until a year or so ago, at live shows people would congratulate my then-partner on his production of my music.”

“These were just anecdotal examples, but when I talked to my contemporaries I realised that these kind of reactions are really common. There is a real sense of imposter syndrome that happens for young women as well, especially when they come into the studio space as producers.”

“The statistics that are coming out here in Aotearoa and all over the world that shows women make up a very small percentage of producers in commercial music arenas, and statistically there is real evidence to show that the disparity is huge.

“Producers have the power to mediate the meanings of their artists and colours their artists sound in certain ways, and if the demographic of producers is primarily white and male, what does that mean for what is being produced and the authenticity of the artist's voices that are coming through?”

Ms Edgington says the role of a music producer is a powerful and influential figure, because “they're intersecting on lots of different layers of the music industry and community, A&R (artists and repertoire) with artists themselves, session musicians, PR (public relations) people - lots of different aspects to the role that sees them influence quite a lot of people and I think that's often overlooked.”

She is in her first year of research and is taking a practice-based approach with case studies– looking at her creative process as a producer and using what she learns in her observations to see what's going happening on the ground.

“I am working with two artists at the moment and within my interaction with them I am experimenting and interrogating the producer/artist/dynamic and trying to find out what works/doesn't work and underpinning it with theoretical research.

“Another case study is my own self-produced solo work, and looking at my creative choices as a woman-identifying producer. I tend to focus on big bass and beats which are often assumed to be quite masculine performed things, so I am really exploring that and seeing if I want to subvert gender norms, which is where I really want to go.”

She will be working to build capacity in the community, including leading workshops, putting on events, creating retreats for women in production and conducting interviews with a diverse section of women identifying producers in Aotearoa.

Ms Edgington says she is aware of her privileged position and wants to explore the perspectives of a wide-range of producers. “I am a white middle-class girl who managed to go to University when she was 21 and that's why I'm here now. So my creative process isn't going to be telling of Aotearoa's, but I can use this work to illuminate and uplift others. I'm aiming to talk to at least 24-30 producers in the next two years and getting some good qualitative data- hearing their stories, all anonymously.”