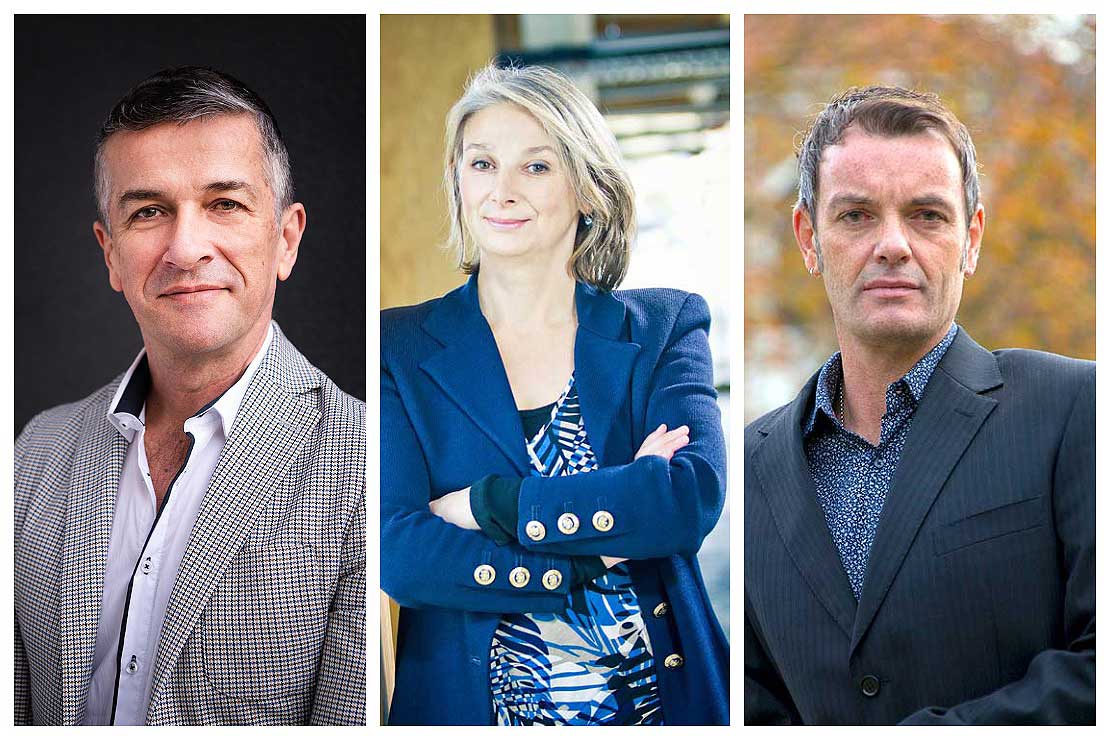 From analysing the leaders’ debates and their different communication styles to interpreting the polls and the national mood – Massey’s political commentators have been responding to a feverish appetite from international media for insights on Kiwi politics as we head to an election in extraordinary times.

Professors Richard Shaw and Claire Robinson and Associate Professor Grant Duncan have been prodigious, with their articulate, eloquent perspectives and analysis reaching millions worldwide through the UK Guardian and the BBC, the United States’ TIME magazine and the New York Times, as well as the Canadian Broadcasting Corporation, Australia’s ABC and The Conversation, which syndicates academic opinion pieces to media around the globe, and key media channels in Europe and Asia.

Professor Shaw, based on the Manawatū campus, and Dr Duncan, at the Auckland campus, teach and research politics in the School of People, Environment and Planning, while other Massey commentators from business, journalism and environmental science have provided informed perspectives on election topics from economics and climate change to the role of social media. Professor Claire Robinson, Pro Vice-Chancellor of the College of Creative Arts and based on the Wellington campus, is sought for her discerning insights on political communication, political advertising and marketing, political leadership image-making, media bias, and election campaigning.

How do they account for this intense level of international interest in the electoral plight of a small South Pacific island nation? Is it all down to the phenomonal global attention Prime Minister Jacinda Ardern attracted with her handling of the 2019 Christchurch mosque killings? And the unprecedented pandemic context for these elections, as voters grapple with massive economic impacts of lockdowns.

“Strong international media interest in Ms Ardern began before the 2017 election,” says Dr Duncan. “Events since then have only added to that. Foreign reporters inquire about her popularity and her responses to the mosque shooting and the coronavirus pandemic. The global audience for news about her, and hence about New Zealand’s election, is perhaps due to a desire for humane and progressive leadership in a world blighted by authoritarianism and cynicism.”

Professor Shaw says; “virtually all of it [the attention] is a function of the Prime Minister – there is a very deep appetite to know more about her.”

But overseas media also want to know; “how people feel about that stuff that hasn’t worked so well (housing, child poverty). The other big driver – especially from the US – is the obvious contrast in the style, substance and language of politics on display here and what’s going on over there. Ardern/Collins vis a vis Trump/Biden was an eye-opener.” 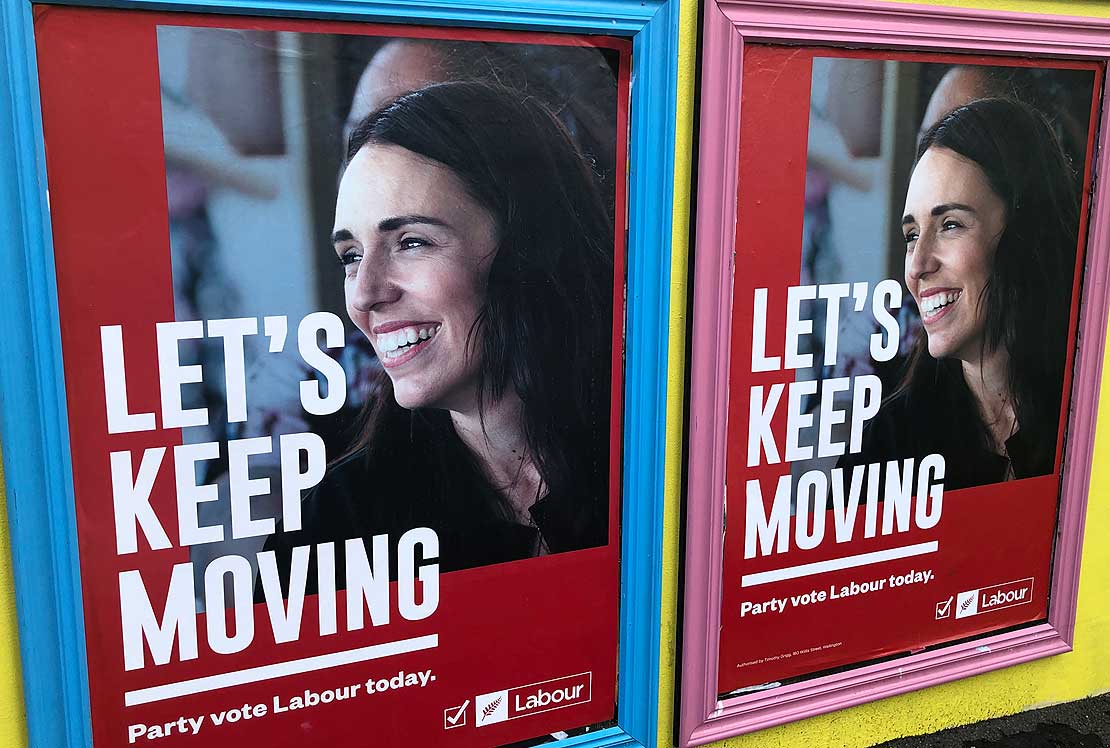 The 2020 elections have sparked widespread media interest around the world due to the fascination with Prime Minister Jacinda Ardern, commentators say.

Explaining politics in Aotearoa to a global audience

In writing for overseas audiences unfamiliar with New Zealand’s political system and key players, Massey’s commentators are often required to provide more contextual and historical information and explanation. This can make for interesting reading for locals too. Here are some examples:

Professor Richard Shaw was quoted in TIME magazine this week, summing up the gaping differences between New Zealand and United States’ political cultures and especially our respective election campaigns and leadership debates. In a Conversation piece today, he explores the impact and influence of Ms Ardern’s language – “they are us” and “go hard, go early” – in securing people’s trust, and on a recent University of Melbourne blog, he gave an overview of the election race so far.

Dr Duncan was interviewed this week on Australia’s ABC news about whether Jacinda Ardern will make history by becoming the first Prime Minister to secure a majority since New Zealand switched to the MMP (Mixed Member Proportion) system 24 years ago. On BFM 89.9, an independent business media Malaysian radio station podcast, he discussed the PM’s track record and election prospects, and with the Canadian Broadcasting Cooperation on the popularity of Ms Ardern outside her own country. Back home in a recent interview on Radio NZ’s The Panel, with host Wallace Chapman, Dr Duncan questioned the value and format of the traditional televised leaders’ debates, which he says generate “more heat than light.”

On Stuff this week, he commented on the differences between New Zealand’s and the US’s 2020 election campaigns given ours is just two weeks prior to the American presidential election. He’s contributed to a Stuff podcast out this Friday. Alongside usual teaching and research commitments, he’s fitted in regular slots on Radio NZ’s The Panel, and has written in abundance for Stuff media, as well as Newshub (on his view of the relatively high calibre of our two main political leaders), and responded to interview requests from media in Japan and Spain.

Professor Shaw dissected events leading to the downfall of short-term National leader Todd Muller in July in a Guardian column, spoke to the New York Times about the political leadership of Jacinda Ardern, and has conducted dozens of interviews with US, Australian and Asian media.

He received the following message in July when the election date was set for September 19: “Massey University had the most-read article at The Conversation (Australia and New Zealand) last week (again). Richard Shaw's article, Rogue poll or not, all signs point to a tectonic shift in New Zealand politics, has been read more than 316K times, republished by Stuff.co.nz, NZ Herald and The Mandarin and shared on Facebook 1.8K times.”

Professor Claire Robinson has contributed numerous commentary pieces to the UK Guardian, on topics ranging from the effect of the PM not disclosing which way she will vote on the cannabis referendum; an indepth appraisal of the Māori Party’s 25-year vision for improving outcomes for Māori; the dominance of the two main parties in the election campaign in the MMP context; the backlash against Green Party co-leader James Shaw’s approval of nearly $12m in government funds for a private ‘green school’; and the impact of Labour and Ms Ardern’s popularity on support for the Greens. 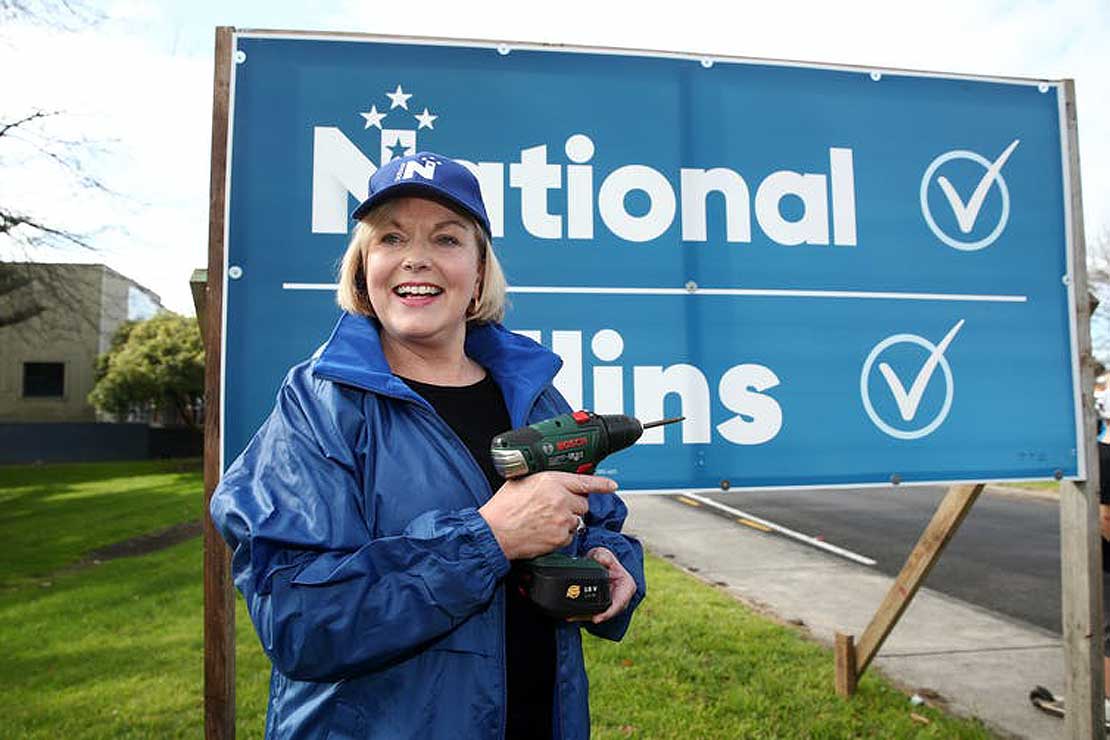 Massey’s political commentators have been in demand at home too, joining a coterie of seasoned political experts from across New Zealand universities to sift through and make sense of the daily churn of political twists and turns amid an election campaign like no other as the country emerges from the massive impact of the pandemic lockdown.

Media activity has been proactive as well, with the Massey/Stuff elections survey project led by Dr Duncan in partnership with cultural psychologist Professor James Liu and PhD candidate Sarah Choi, who designed two online surveys to gauge public views across a range of issues. The surveys, which ran in July and August, garnered a total of nearly 90,000 responses, and were complemented by a suite of think-pieces by Massey academics on topics canvassed in the survey.

“These pre-election surveys gave people the opportunity to express their feelings on the present government’s performance, on how lockdown has affected them, and on some key political issues,” says Dr Duncan, author of the recent book: The Problem of Political Trust: A Conceptual Reformulation.

Professor Robinson says she has had to turn down several media opportunities but she is squeezing in a TV One Breakfast interview this Friday morning, a Bloomberg Asia Pacific interview, as well as a post-election analysis on Sunday for the Guardian. Distinguished Professor Paul Spoonley, Professors Bruce Glavovic, Ted Zorn, Martin Berka and Mohan Dutta, Dr Catherine Strong, Dr Chris Galloway, Dr Andy Asquith and Suze Wilson – whose article on Ms Ardern’s crisis leadership published on The Conversation had record readership, with another out today on gender stereotypes in the election leadership contest – on have written on diverse aspects of this election campaign ­– even the funny bits. Cultural Studies expert Dr Nicholas Holm’s Stuff piece probed National leader Judith Collins’ “joke” about escaping prisoners.

Dr Duncan says the role of academics in public political debate during elections is to “step back from the daily political contests and, as impartially as possible, provide critical contextual commentary that will help the public to make their own electoral choices in an informed light.”

“Apart from anything else, one thing this demand from at home and abroad for the expertise of Massey’s political commentators tells us that the appetite for rigorous, informed and expert analysis remains as strong as ever,” says Professor Shaw. “In an age of misinformation and disinformation, academic expertise remains critical.”

Read more from Massey’s political commentators on the Massey News Election 2020 page. And look out for more commentary from our politics geeks on election night and in the days to follow.