Find out more about our people, programmes and projects in our key research areas.

Search for an expert

Search our staff database for an expert or area of expertise.

Some research projects from our broad range of research expertise in creative arts at Massey.

Simon Sigley’s book approaches transnational film culture as a form of social practice and examine the domestic reception of international film theories and discourses. It shows how these ideas shaped distinct cultural practices from the 1920s to the present.

Warren Maxwell’s practice is focused on the natural environment, a kaupapa (objective) central to Aotearoa's indigenous music, through collaborations with with globally active multi-media artists, Māori philosophers, academics and scientists who are also concerned with climate change mitigation and adaptation.

Mata Aho are a collective of Māori artists who are all alumni of Massey. Rooted in te ao Māori (the Māori worldview), their work entangles mythology, actuality, and materiality. Kiko Moana was commissioned by Hendrick Folkerts, curator for documenta14, to show at the Hessisches Landesmuseum in Kassel, Germany in 2017. Mata Aho were the first New Zealand Māori artists to be invited to exhibit at documenta, alongside artists Nathan Pohio and Ralph Hotere.

Driven by the rising need to house displaced peoples with temporary shelters, Sue Prescott’s Global Nomad addresses aspects of social need through fashion. Global Nomad is a temporary space for the body that transforms into a garment through the act of dressing. The inhabitant emerges from the temporary dwelling, dressing in the individual components to form layers of clothing, until the space disappears into a wearable outfit. The five component parts are made from industry surplus merino fabrics and yarns, and include dwelling, lamp, sleeping mat, pillow and sleeping bag.

Design + Democracy: On the Fence

On the Fence was designed as an online game to engage young, undecided or first-time voters in political elections. The game questionnaire matches their personal values with political parties, building political confidence and participation, and transforming disengaged users into informed, active voters.

Humour as Politics: The Political Aesthetics of Contemporary Comedy

Nick Holm’s book was published as part of the Palgrave Studies in Comedy Series. It argues that humour has become a central site of cultural politics in the 21st century. The book challenges older models of laughter as a form of dissent and instead argues for a new theory of humour as the cultural expression of our (neo)liberal moment.

Whiteout Whitenoise is a collaborative project between photographer Anne Noble and book designer Anna Brown. The exhibition uses the concept of a deconstructed book, with images of Antarctica’s light and atmospheric phenomena taken by Professor Noble.

The Value of Design to New Zealand

This ground-breaking research examined the contribution of design to New Zealand’s economy. In a comprehensive report published in 2017 it showed that during the last year alone design contributed $10.1b to New Zealand’s GDP (approximately 4.2%), putting it ahead of our agricultural industry.

The environmental threats faced by the world’s bee populations was inspiration for the latest major exhibition by Distinguished Professor Anne Noble.

Some research projects from our broad range of research expertise in creative arts at Massey.

Georgia’s PhD research focuses on Doc Martens and their relationship to female identity and femininity. Her work explores themes of subculture, alternative fashions, self-identification and what it means to be a woman on both a personal and public platform, as well as looking at the marketing of Doc Martens and how their brand has been built and sold to women.

Jess Richards' research is an exploration of experimental creative writing processes within a range of story-telling modes. Her research proposal is that through the juxtaposing of magical and rational thinking as polarities within fiction writing, creative writing can deliberately fracture the narrative’s position in relation to historical time and geographic location, suggesting something of the ‘here and elsewhere’ of the folkloric tale.

Liang Cui’s creative practice PhD research investigates her vicarious experience as inherited from the imposition of normative sexual behaviour on her mother in China in the 1960s and 70s. The geographical and cultural displacement, from China to New Zealand, has provided Liang Cui with an opportunity to reflect on her experiences. The research aims to re-narrativise her own sexuality through art practice as a means to understand its construction.

Magdalena’s PhD research through design practice is a conceptual proposal for a mass-produced, multipurpose, transformable shoe to satisfy the lifestyle requirements of contemporary nomads. It examines the current trend of making a living that is completely independent of geographic coordinates, often referred to as ‘digital nomadism’ (DN). The aim of this research is to design shoes that would be easy to pack and also transform to support a variety of activities, occasions and purposes, to benefit a dynamic or unpredictable lifestyle.

Malcolm Doidge’s creative practice research employs virtual reality (VR) to explore the idea of place in relation to history, culture, scale, size, material and imagination. His spatial and sculptural practice investigates how to use and adapt virtual reality; in particular using photogrammetry to map and model local objects and texture.

Raewyn’s PhD research developed biopolymer painting mediums and substrates. She is working with polymer scientists to develop a range of material qualities, pigmentations, and sensitivities within paint films. Her work moves between painting and science methodologies and knowledge systems, seeking to understand how processes of entropy and empathy are intertwined within phenomenological experience.

Vanessa’s PhD research focuses on the interdisciplinary nature of contemporary fashion design practice, contextualising fashion’s expansion and evolution beyond the catwalk. She explores how fashion designers are also spatial designers, architects, and filmmakers; or how they may work within creative collectives to create fashion objects, experiences, and ideas that elevate criticality and concept. These concepts are often related to sustainability, technological advancement, and socio-cultural critique.

Distinguished Professor Anne Noble was awarded the New Zealand Order of Merit for services to photography in 2003 and became a New Zealand Arts Foundation Laureate in 2009.

Professor Bob Jahnke was named an Officer of the New Zealand Order of Merit in 2017 for his contribution to Māori art and education.

Sue Prescott's design 'Global Nomad' was awarded a Red Dot ‘Best of the Best’ award in 2017. Her unique design entry addressed the concept of temporary shelter, combining layers of clothing and everyday furnishings to make a temporary dwelling.

Massey University's interdisciplinary approach to research means that schools and institutes from a number of colleges contribute to creative arts research. However the majority of research in this area is conducted by people within the College of Creative Arts.

About the College of Creative Arts 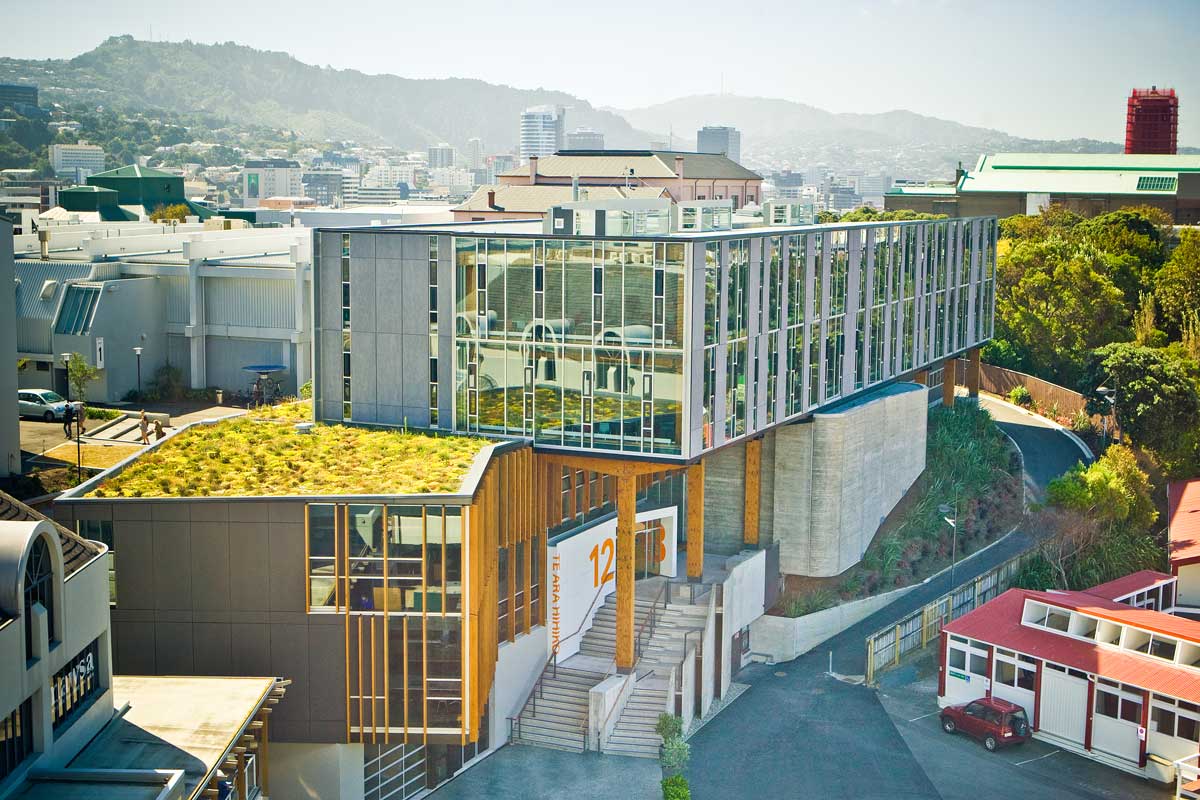